“Bond…James Bond”: one of the most famous lines from the movies ever. James Bond, Agent 007 of the British Secret Service, is certainly one of the most iconic movie heroes ever invented. His exploits have thrilled cinema-goers since Sean Connery first battled Dr No in 1962. The popularity of this film franchise is still growing as a new generation of fans flocked to see Bond’s 23rd outing in Skyfall, this time played by Daniel Craig. Will there be a 24th? Of course, like it always says at the end of the films: Bond will be back! 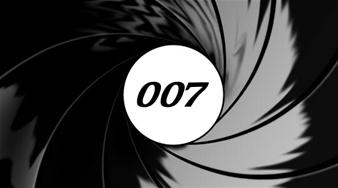 Created in 1953 by Ian Fleming, the character James Bond is one of the most recognisable in cinema history. It brought popularity to the spy film genre and has spawned a host of imitators: Harry Palmer, Matt Helm, Flint, The Man from UNCLE and more recently Austin Powers and Johnny English.

The appeal of this character is immense and it is easy to understand why. Who hasn’t dreamed of travelling the world to exotic places? Who wouldn’t wish to save the day and defeat the arch villain? Who doesn’t see themselves as charming and debonair, loved by all the women he meets? Drive the Aston Martin DB5, carry the Walther PPK and play with all the fabulous gadgets that Q Branch supply. This has to be nearly every schoolboy’s dream.

You have the chance to visit the places in London made famous by 007 on the James Bond Walking Tour. Visit more than 10 locations featured in the James Bond films, including the secret offices of Universal Exports. Learn more about the secret world of MI6 and find out where fantasy meets reality.

To buy tickets securely for the James Bond Walking Tour, or any of the other fantastic sightseeing tours on offer around London and beyond, visit BmyConcierge.com
at December 04, 2013