Ripley’s Believe It or Not

There are so many attractions, sights and places to visit in London you would need to spend weeks in the city to get through them all. BmyConcierge.com can help you choose what you would you like to see and will supply tickets and priority passes to them all. Many at huge discounts. 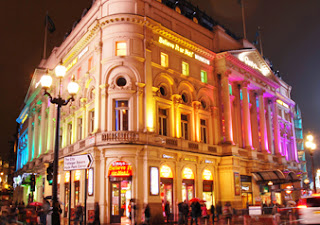 One of the newest and most off-beat places that has become a must-see London attraction is the Ripley’s Believe It or Not! in Piccadilly Circus.

The founder of Believe It or Not! Robert Ripley, began collecting, writing about and displaying his collection of oddities and strange artefacts from around the world with the backing of newspaper mogul William Randolph Hearst. Originally a cartoon panel featuring sporting oddities, he went on to invite readers to send in their stories and pictures of weird happenings and bizarre artefacts.

Ripley’s first display of his collection was at the Chicago World’s Fair in 1933 which received more than 2 million visitors. He actually provided beds that he claimed were for the many who fainted at the sight of some of the objects on display. Since then the Ripley’s Believe It or Not! franchise consists of radio and television shows, books, comic books and museums around the world.

London’s Ripley’s Believe It or Not museum is the biggest in the world. With over 700 exhibits, galleries and interactive experiences that range from the educational to the truly bizarre. These include the famous mirror maze and a chance to test your speed and agility in the laser race. Can you defeat the spinning black hole? How do you measure up next to the world’s tallest man? See the world’s largest collection of Marilyn Monroe’s personal belongings, marvel at real dinosaur eggs and matchstick models of the RMS Titanic and London Bridge and see 32 original Olympic torches. All this and much, much more.

Book your tickets to visit the astounding Ripley’s Believe It or Not! today on BmyConcierge.com
at November 18, 2013